What the Hell Have I Been Doing?

SweetPea, the Monkeys and I ran an aid station for the inaugural Gold Rush 100K. While the Monkeys and I have volunteered for several events for TBF Racing, this was the first time any of us had worked an ultra marathon. Would you believe they actually put us (me) in charge of the whole aid station? As aid station captian, I was not only in charge of making sure everything was set up and running smoothly, I was also serving as a race official. I had to power to ask a runner to stop, to collect information about a runner who was dropping, and to answer technical race rule questions (Ok, there was only one). 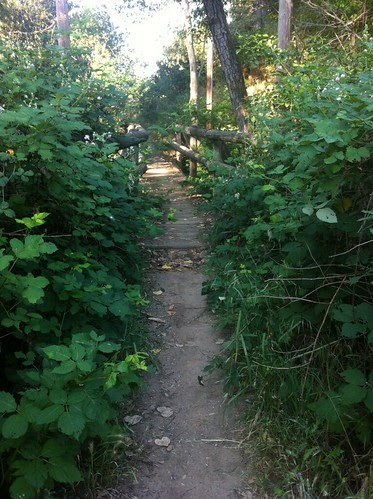 The trail leading to our aid station.

Oh, wait! I am! Way back in December I requested a volunteer slot at the upcoming Western States 100. While working Gold Rush, I got an email offering me a coveted position working the cable crossing. That's right! I get to spend one whole night standing in a freezing ass river helping runners into and out of the water. I can't hardly wait!

I ended up having to leave the Gold Rush aid station early so that I could go and teach yoga. Not just any yoga class but my yoga class! Not only was I offered a time slot to teach yoga, but we're trying a whole new style of class, so I've been fortunate to be able to design the class. I think it's really awesome, and I think you should come!

The next weekend, we took the dogs to Grandfather's house so they could romp and play in his backyard. It's a split level yard, so there's lots for Bixby to jump up and down and climb under and of course he loves to drink from the pig pot. 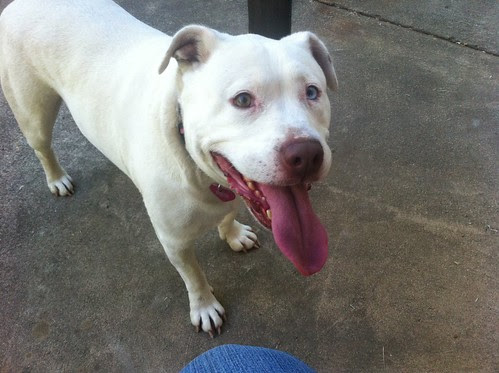 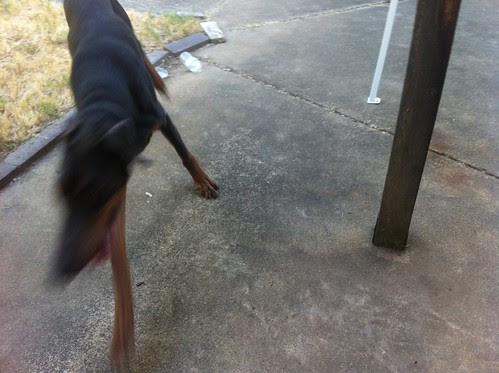 Then we went to a party and had a great time, as you can see. 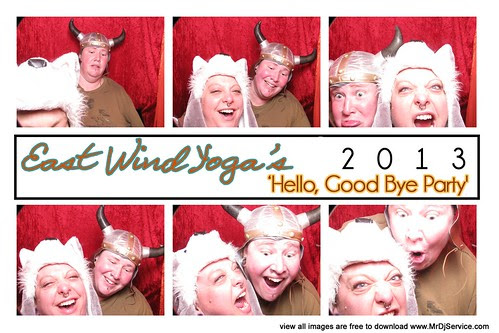 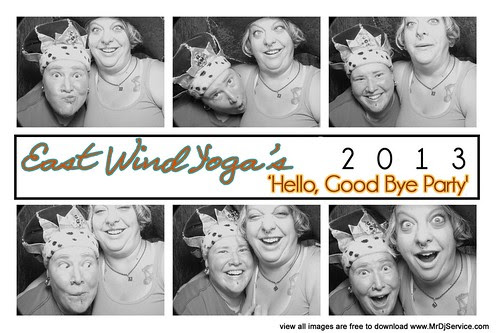 One morning, while driving the Monkeys to school, this dude walked on out into the street and sat down. As I was driving towards him! Even after taking the time to snap this photo, he was still sitting there. I had to drive around his ass. In fairness, he looked kind of old and raggedy. Maybe he was hoping for an out? 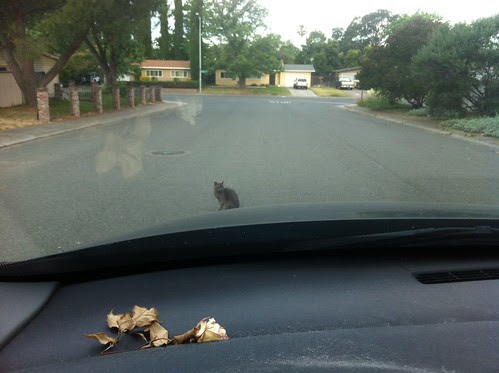 Speaking of Monkeys and school! Did you know that I had two graduates this year? 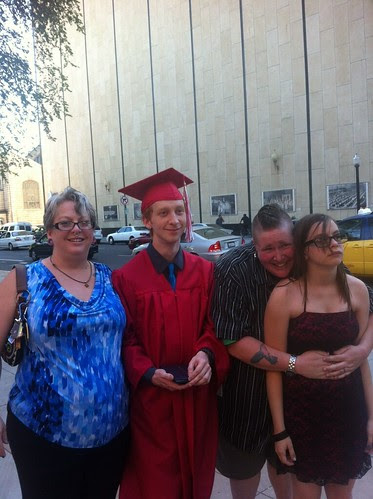 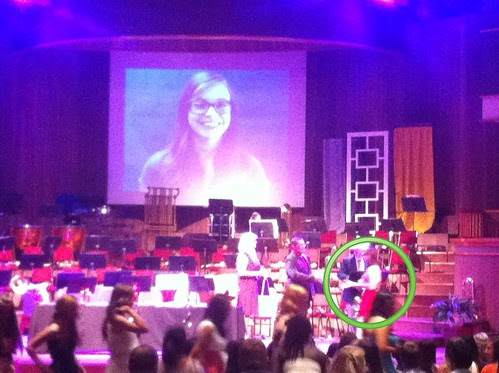 As you can see, we've been pretty busy. While I still feel guilty about neglecting you guys, I don't want to post for the sake of filling space. Hopefully I can get back to a more regular posting schedule as the summer holiday allows some brain cells to regeneration.

Posted by dolphyngyrl at 4:20 PM

Don't feel guilty about not reading or commenting or posting. Blogging's about being fun, yeah? Have fun! xo. 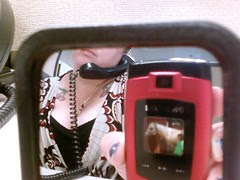